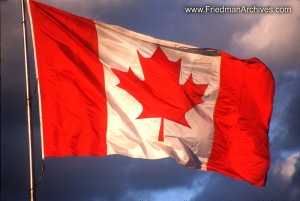 Last year when I visited Spain I noticed something odd. When anyone asked someone from the US where they were from they didn’t say they were ‘American’. Instead they said they were ‘from America’. It’s subtle I know but it caught my attention.

Yesterday here at the ashram, a group of university students from North Carolina came for lunch. They were all very nice and as they were leaving, one girl came to me and said “everyone was confused when I asked to meet the girl from America staying here”.  She said she asked several people and finally added to her question “you know, the one from Canada”.

The she said to me “we are all from America”. “Well…North America”, I replied. She added that it would be great for her to also meet a Mexican (from America) while she was travelling.

What am I missing here? Its a small shift and I suppose you could say its positive to say we are from one place. But for me, I am not from America. I am Canadian. Happy Canada Day everyone!

This entry was posted in Uncategorized and tagged America, Canadian. Bookmark the permalink.

6 Responses to I am Canadian